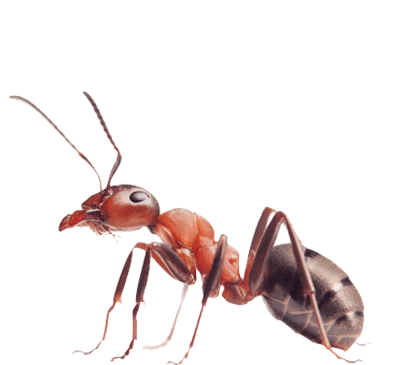 Consider one of our package deals which can save you money

If you have ants and are wondering how to get rid of them or have made attempts yourself which have ending in frustration, there is one easy solution, call Pests Out WA.

We will solve your ant problem, no matter if they are big ants, small ants, white ants, large black ants or flying winged ants - any type of ants! Pests Out WA provides a professional ant pest control treatment, which will help eradicate ants inside or out the home.

Ants commonly scavenge in food areas, garbage areas and gardens and their potential for transmitting disease should not be overlooked. In addition, some ants may bite or give a painful sting. Ants can also cause structural damage from ruining driveways to uplifting artificial turf, potentially costing $$$ thousands when left alone.

All ant services begin with a thorough inspection in and around the building structure, including garden areas. The primary goals is to locate and treat as many ant colonies as possible. Many pest control providers stop here, however in addition to direct treatment we apply baiting agents around the property (treatment dependent on the type of ants) which has a transfer affect for those ant colonies that cannot be found or are not accessible.

To remove ants we have special formulated treatments which are environmentally friendly and safe around young children.

The ant control service will normally take around 1-2 hours. We offer a warranty, which means we will return to re-treat, in the event of any sign of ant infestation reappearing. Left untreated, household ants can establish and grown nests causing a major problem in your home. To eradicate those persistent ants requires a close understanding of its biology, lifestyle and habits. Pests Out WA has that expertise and years of practical field experience. We know exactly which products to use, when to use them and where.

Methods of Treatment Include:

Ant removal is only one of the many services we offer. If you have any other pest problems such as spiders or crickets you might want to consider our special package options. Eradicating multiple pests at the same time could save you money plus the inconvenience of having those pests around your home.

Identifying the ants isn’t necessary. Once you have identified that you have an ant infestation, Pests Out WA will sort out the rest.

Coastal brown Ants, also known as big-headed Ants, are a very successful invasive species and is considered a danger to native Ants in Australia and other places. It has been nominated as one of the hundred ‘World's Worst’ invaders. Workers: smaller ‘minors’ – 2 to 3 mm long, make up the vast majority of the colony; a larger ‘major’ caste – 3.5 to 4.5 mm long, which have very obvious, much larger heads, make up about 1 per cent of the population. The ‘major’ caste of worker Ants are not primarily soldiers for defence. Instead, their powerful jaws are used for cutting up large pieces of food into small pieces, which can more easily be transported back to the nest by the much more numerous minors.

This is a small black Ant, 2.5 – 3.00mm long. Mostly found outside in or around garden beds a rockeries. They can also be found in cavity walls and subfloor areas and are attracted to sweet foods.

The Argentine Ant is native to northern Argentina, Uruguay, Paraguay, Bolivia and Southern Brazil.  It is a small brown Ant, 1.5 – 3.0mm long. Mostly found on exposed soil or rotting logs. They are commonly found indoors in wet weather and are attracted to sweet foods.

Bull Ants are characterised by their extreme aggressiveness, ferocity, and painful stings. Some species are known for the jumping behaviour they exhibit when agitated. They can be identified as a large red or black Ant, 18 – 20mm long. Mostly found outside on exposed soil or under rocks, logs, etc. Rarely found indoors.